The following post is not my work, but the recent adventures of one my friends, who posted this story on Facebook yesterday within a bunch of status updates and photo uploads. It’s pretty much the funniest thing I’ve heard all year, and so thought that it deserved to be archived and documented for future generations to enjoy.

I don’t claim any authorship of the work (props instead should go to Trim McKenna), but I’ve just edited a few minor grammatical/punctuation stuff here and there and broken things up into paragraphs in an attempt to carry the suspense.

Yesterday I broke the handle of my tap. I phoned the landlord and he said he would send a plumber first thing this morning. Mr Plumber turns up at 10am with a cheeky smile and a firm grasp of the Turkish language but sadly no English. Takes a hammer to the tap and promptly destroys it. Realises he hasn’t turned the water off which explains the new 6ft fountain I have where my tap used to be…

Mr Plumber calmly explains “tap broken” and leaves whistling a merry Turkish tune. My bathroom is now flooding. I wrap the broken tap with a towel to stop the impending catastrophic flood and await his return.30 minutes later he returns armed with a hammer, a chisel, a sorry looking expression and a new tap. Again I hear hammering and what I assume are Turkish swear words.

He comes out drenched and says “must turn water off.” I agree wholeheartedly.

Plumber heads outside to main water main armed with his trusty hammer and chisel… (Can you guess where this is going?) 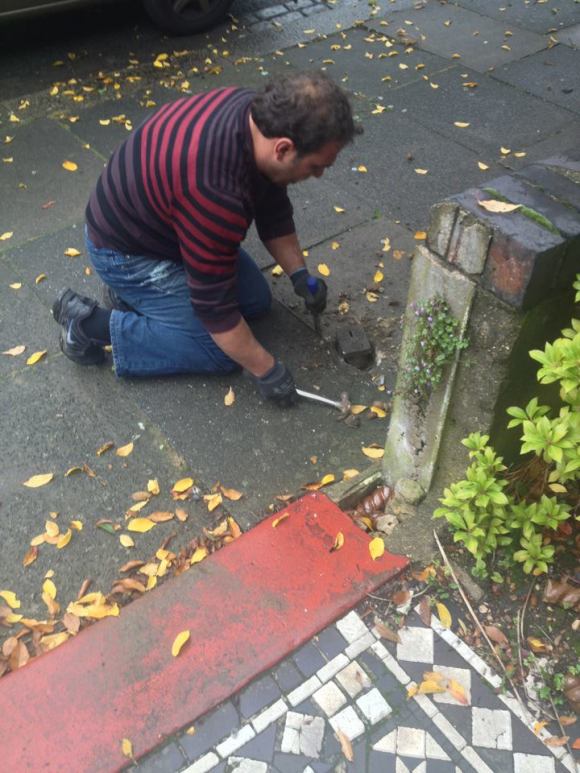 Mr Plumber manages to turn the water off but with a rather terrifying cracking sound. He returns to my flooded bathroom again whistling his merry Turkish tune and affixes the new tap. “Finished!” He exclaims!

“When are you turning my water back on?” I ask. He looks at me puzzled…

Mr Plumber goes back outside. His cheeky smile replaced with a look of terror, his bronzed complexion turns ashen. He looks up at me like a naughty puppy and says one soul destroying word… 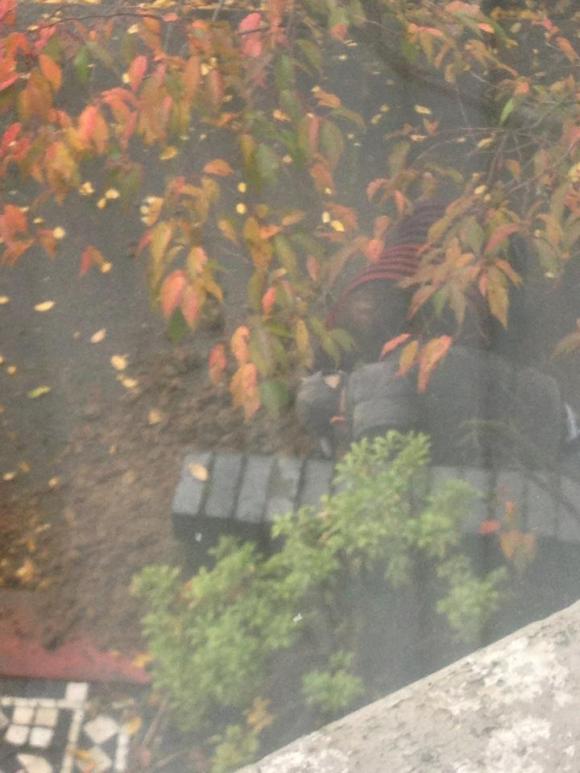 Mr Plumber phones a friend in animated Turkish and sure enough, 30 minutes later his friend armed with a shovel arrives…

I watch in horror. After an hour of intensive digging and lots of Turkish ‘to me, to you…’ antics, they finally give up, have a quick look round and fuck off. I am left with a broken water main, a large hole and a rather fetching shovel. FML, I exclaim.

I phone the landlord and explain the nearly 3 hours of comedy plumbing to which I have bore witness. He is apologetic and explains they are family friends. I explain in explicit detail just what I am going to do to them and indeed him with that shovel when I get my hands on them…

I then, dejectedly phone Thames Water – the legal owners of that lovely water main. They are thankfully amused by my tale and offer to send some guys over to fix my pipe and restore running water to me and the 4 or 5 neighbours who have begun to come outside and ask me just why they can no longer drink tea or bathe their festering children. It dawns on me that, because we have no water, I still have no idea if the new tap actually, y’know, works.

8 hours later, Thames Water arrive. They don’t seem happy to be working so late. My neighbours are not happy that they have gone the best part of a day without water. I am obviously not the most popular person right now.

Thames Water then turn on some rather loud machines and are cutting into the main. Judging by the comments they are shouting to each other the mains is “fucked” and whomever touched it earlier is “a fucking twat”. I couldn’t agree with them more.

Following the intervention of Thames Water, the mains is fixed and water returns to my home! A mere 12 hours after Mr Plumber came round to fix a broken tap handle.

The job is not finished yet though. Poor weather and lighting means that we now have a 6 foot hole right outside our gate that can’t be filled until tomorrow… [the end]

Obviously, this story raised a lot of tittering and discussion of similar ‘Turkish Plumber’ stories, of which another friend said this (and also had me in stitches):

I think this one-ups my inept plumber story. In the space of two weeks fitting a bathroom in my student house, Gregor the Plumber:

– painted a window closed– blocked our sink with paint– blocked our toilet with brick dust– filled our wheelie bin with the tiles he’d taken off the walls, rendering it too heavy to move or lift– brought his six-year-old son to work and let him have free rein of our house– didn’t turn up for for four days, then arrived late one afternoon, explained that he’d not been working because he’d been busy drinking and having sex with English women, and gave us a six-pack of beer not to tell the landlord he’d been slackingStereotypes, eh?