My Life in Music III: Dancing Through Sunday

Continuing from yesterday’s post (link), here’s the third part of my quest to examine and document my favourite full-length records from each year that I have been alive. This post covers my third seven years: 1999-2005, in which I flip-flop between goth-punk, post-hardcore, epic symphonic power metal and electro-house. Tomorrow will mark my final post of this series, checking off the last seven years to date, and covering everything up to 2012.

But without me waffling on for even longer, let’s get this done: 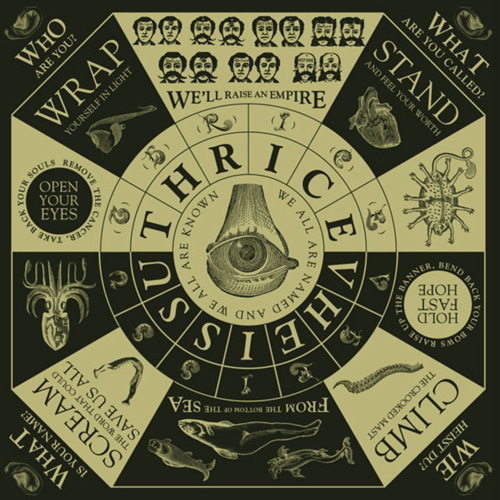 Thrice have always been a mighty band, but none more so than on Vheissu: where 2003’s The Artist in the Ambulance hit the post-hardcore chord square in the face, the follow-up attempts something far more ambitious. There’s a far more melodic tack on Vheissu than Thrice display previously, but that’s not to say that there’s any lack of power on show: ‘Between the End and Where We Lie’ is just as hard-hitting as anything else the band have delivered.  The band draw inspiration from other sounds, and sciences, that diversify the soundscape; embracing touches of electronic and instrumental sounds to accent Thrice’s raw, honed, sludgy post-hardcore. There are more progressive elements as well, and sounds that only permeate into the brain upon numerous listens before they really take hold. Where The Artist in the Ambulance felt like the work of a band of supreme competence but perhaps not confidence, Vheissu is the product of a group who’re confident to branch out and hollow out a niche of individuality in a sea of imitators and luminaries. It pays off supremely, conluding with the authoritative ‘Stand and Feel Your Worth’ and the haunting ‘Red Sky’, drawing the curtain on a true classic.

Song Choice: [Image of the Invisible] 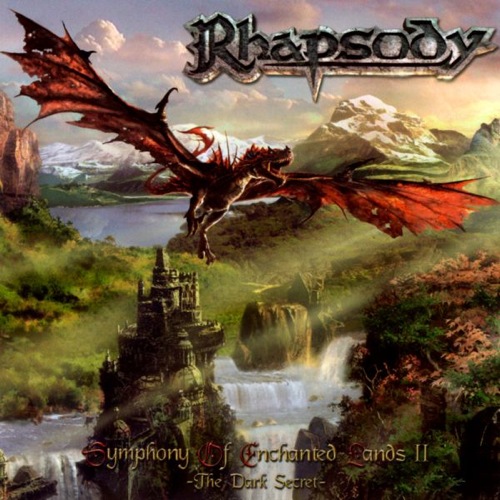 Symphonic/power metal hasn’t had a strong showing on this list, despite the significant amount of it that I seem to funnel into my ears; well, here’s changing that. The mighty Italians’ 2004 opus delivers another slab of their Tolkien-flavoured fantasy ‘Hollywood’ metal; once again expertly mixing their trademark bombastic, symphonic landscape of orchestral metal with Fabio Lione’s soaring vocals. Aside from the gripping musical backdrop, the real innovation is the pitch-perfect narration from Christopher Lee; now a knight of the realm and a firm fixture in the Rhapsody/Rhapsody of Fire/Luca Turilli’s Rhapsody canon. Rhapsody’s brand of epic, orchestral, symphonic metal sure as hell ain’t subtle (there’s genre-standard songs about dragons, mages and orc-slayers a-plenty), but it’s performed with a superlative level of bombast that must rival some of the best contemporary songwriting and mucisianship which are present in the field. Alongide its 1998 predecessor, Symphonic of Enchanted Lands II remains a peak in the elegant Rhapsody back-catalogue, and (undoubtedly) the background noise for a million D20 rolls. 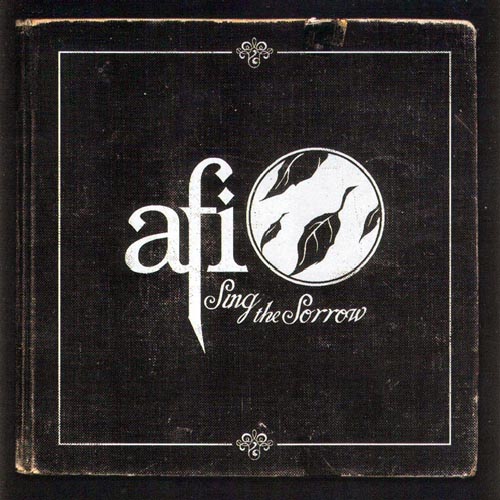 First things first, let’s get some things straight: Sing the Sorrow is my favourite album ever ever ever. It’s unlikely that any other record will have such a special place in my heart nor surpass it from my thinking that it is utterly, unashamedly perfect in every single way. I don’t think it’s the greatest album ever made (Discovery, discussed below, must surely take that accolade), but its extraordinary connection with both my ears and my heart mean that, to me, it is the greatest musical achievement in mankind’s history. It’s also proof of the ever-evolving AFI sound; ditching the goth-hardcore-punk from The Art of Drowning and encompassing a whole raft of new musical ideas and themes. The fact that it’s also a well-veiled concept album about life, death and rebirth (complete with the still-unsolved Clandestine/337 mystery) mean that there’s a remarkable depth to this record that, a decade on, still has only scratched the surface. I will never tired of this album; radiate, recognise one silent call as well all form one dark flame. 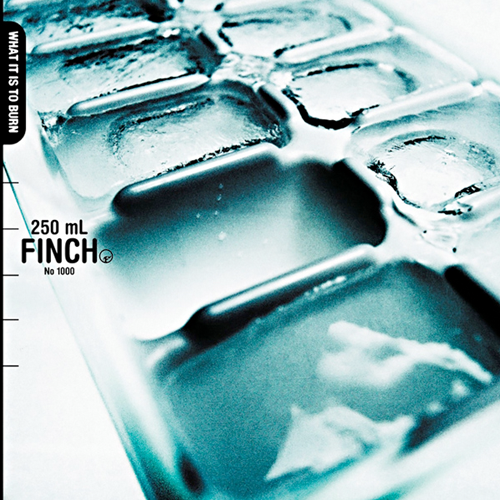 Sadly, Finch’s lifetime as band was too short-lived; disbanding in 2006 before they really had time to get into their stride. What it is to Burn remains a prime slab of the early-noughties explosion of top-score post-hardcore (rhyming semi-intentional) that hasn’t withered an inch in time. It remains true to its hardcore roots, with plenty of crushing guitars, slamming drums and melodically-screamed lyrics pouring out emotion before the scene was diluted and curtained by aesthetic and hairstyles. ‘Letters to You’ sticks out as a classic, but the true glories lie in the more experimental excursions from the genre stock: the aptly-titled ‘Project Mayhem’ is a vision of organised chaos featuring Daryl Palumbo of Glassjaw, whilst the progressive, swirling ‘Ender’ and ‘What It Is to Burn’ conclude a record that draws inspiration from many sources but which is adapted into a definitive Finch noise-scape. The follow-up, 2005’s Say Hello to Sunshine would dilute the composition, but What It Is to Burn remains a staunch reminder of the band’s post-hardcore talents.

Song Choice: [Letters to You] 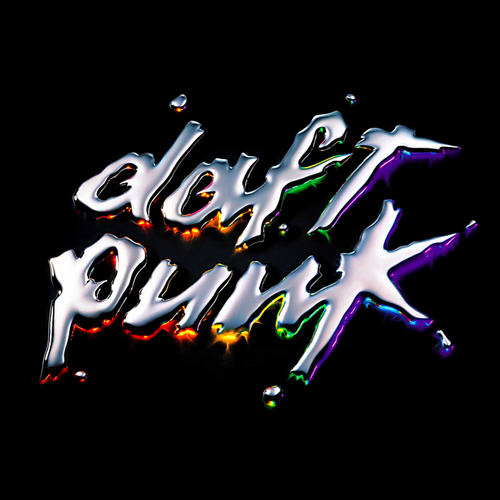 As I alluded to in the mini-review of Sing the Sorrow, I genuinely think that Daft Punk’s masterpiece, Discovery, is the greatest musical achievement of this century, if not ever. Of course, being a super-nerd for everything The Robots put out makes me more than a little biased, but from the opening notes of ‘One More Time’, there’s no denying the album’s influence on the whole genre of Electronic Dance Music; repercussions can be felt further afield, too. With the rise of The Robots reaching higher peaks with the glorious Random Access Memories in 2013, there’s been a resurgence in disco-tinged electro/pop, the roots of which can be found here. Discovery‘s first few tracks are a lesson in how to put together a genuinely-staggering streak of  brilliance: from the sublime opening of ‘One More Time’, through ‘Aerodynamic’, ‘Digital Love’ and ‘Harder Better Faster Stronger’, that’s almost a ‘Best Of’ Daft Punk right there. The rest of the record doesn’t disappoint, and concludes with the ten-minute epic ‘Too Long’ which recalls much of their 1996 debut, Homework, reminding just about everyone why Daft Punk are the best people in the business. 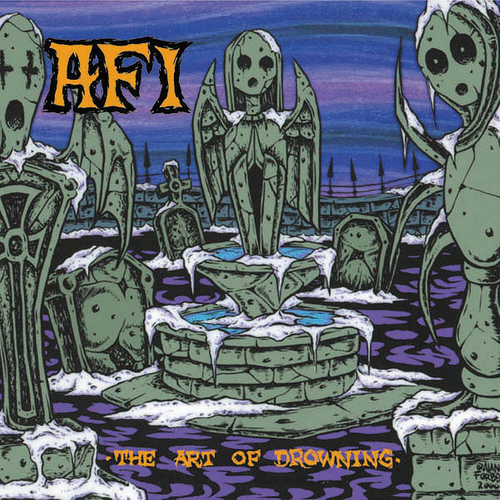 To their credit, AFI have always pushed the boundaries and their musical talents; aside from their early hardcore/punk releases, no two AFI albums sound the same. Where its predecessor Black Sails in the Sunset added increasingly dark & gothic influences to their punk stylings, The Art of Drowning relinquishes yet more hardcore tones and adds a Tim Burton-esque atmosphere to proceedings. In addition to those presented on Alan Forbes’ exquisite cover art, dark themes permeate through waspish tracks like ‘Sacrifice Theory’, ‘A Story at Three’ and well-chosen single ‘The Days of the Phoenix’, and AFI finally tame the goth-punk, Misfits-esque beast that they’d been wrestling  with for the past two albums. The band also reached a career-peak in the wolfish howls and “wo-oah”s that ventilate the band’s fast-paced backing and the result is a perfectly-refined and well-honed goth-punk record; streamlined, crafted and perfected to the delight of the band’s older fans. As ever, we remain, in shadows; growing wings.

Song Choice: [Days of the Phoenix] 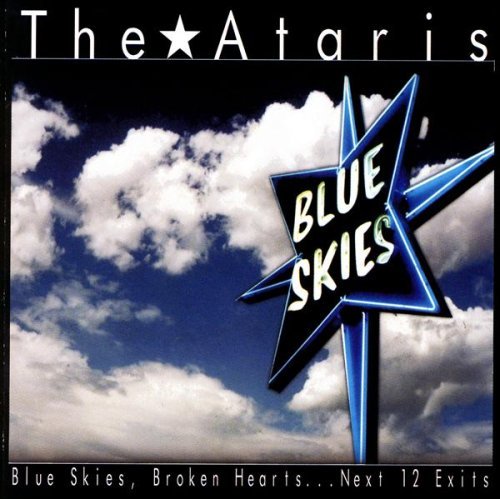 If there was ever to be a punk soundtrack to break-ups and heartache, then there’s a fair chance that it would be entirely filled with songs by The Ataris. Kris Roe is the undoubted God of heartbreak, weaving his emotive lyrics delightfully into catchy, three-minute pop-punk songs, and Blue Skies… typifies the best cuts from the Ataris canon. To me, The Ataris were always the most heartfelt of bands that rose to glory during the punk rock/emo ascendancy of the late 90s/early 00s: they pitch-perfect straddled the two genres, welcoming both the skatepunks, the indie kids and everything in between. Each song a window into Kris Roe’s relationships and life, it felt like Dawson’s Creek to the tune of pop-punk, and delightfully so. ‘San Dimas High School Football Rules’ remains the crowning glory, but in actuality this is a flawless compendium of punk rock with a ferocity that would be tamed in later releases. Still wild, still relevant; never forgotten.

5 thoughts on “My Life in Music III: Dancing Through Sunday”