Given that I’m soon to be submitting The Thesis for critical review and that it’s very possible that, in less than three months’ time, I could technically be a Doctor, it’s time to properly think about the implications of completing the PhD process and entering the world as a proper Doctor of Philosophy.

Should I pass the viva examination, one of the first big decisions will be: what the hell do I call myself? After four years of hard work and much perspiration and  consternation, I will officially be allowed to call myself ‘Dr. George’. In itself, that’s a terrifying thought, but is it what I want?  Much as this series of blog posts has been titled “PhD Fraud“, the feeling that ‘it’s all been some big mistake and the examiners have accidentally awarded me a doctorate by mistake’ is not likely to go away; I will probably still continue to feel like a bit of a fraud and that I don’t deserve such accolades. I’ll therefore feel immensely awkward as introducing myself as ‘Dr. George’ rather than just a simple ‘Mr.’, and anyway ‘George’ isn’t a surname that suits much of the ‘Doctor’ prefix: I’ll just sound like I’m local GP or something, whereas I have only a rudimentary knowledge of medicine and certainly wouldn’t be any use if a passenger’s head just exploded on a passenger plane. No, if I’m going to keep the title of ‘Doctor’, the least I can do is to have a surname that’s worthy of using the prefix, and the only logical answer is ‘Thundersmash’. 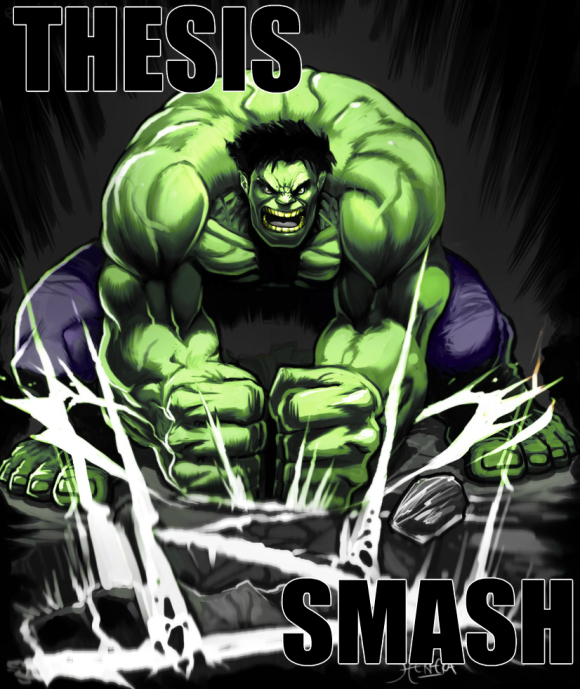 All Joking aside, while I’m not going to be rushing out  to properly change my name straight after my viva, I’m certainly considering how I’m going to approach introducing myself to new people. Already, I kind of feel awkward talking about my research with anyone (not even other grad students), let alone with the general public who perhaps aren’t as aware of ins-and-outs of academia. I’m generally a pretty quiet and humble sort of chap who doesn’t like to blow his own trumpet, so tend to end up acting pretty bashful when non-academic friends/people ask what my research is about (and, usually, find it a heap more interesting than the reality actually is).

When I talk to my friends outside of academia, I kind of feel like I’m not much of a success: my best friend works for a Formula 1 team, whilst the other does media/filming stuff and so gets to go to swanky things like major film premieres and whatnot. Meanwhile, I’m stuck in the same office every day, staring at the same bits of MATLAB code and faffing around with the same Word document (The Thesis). It’s sometimes difficult to visualise what effect your research has on the world at large – often, research is so incremental and focussed that it can be difficult to make a connection to the real world, or value its relevance; certainly not in the same way that a doctor, firefighter or even coffee shop barista can measure what they’ve done for other people. So yeah, sometimes I end up feeling a little unimportant when I’m striving away at research at the same desk day in, day out, and so perhaps getting a few letters either before or after your name helps to reinforce the ‘value’ of your research efforts.

Despite all this, cruising around thinking of myself as ‘Dr. George’ – or even just being known as ‘that Doctor guy’ – is still going to feel intensely strange; I’d rather people just call me by my first name than have to get all tangled up in surnames and honorifics. Staying in academia following graduation implies that one must call oneself ‘Doctor’, since it effectively describes ‘rank’ on the academic ladder. Away from academia though, and the necessity to retain the new prefix is far from critical, and likely comes down to personal choice: for me, maybe I’ll add a ‘Ph.D’ suffix after my name on business cards or CVs just to make myself sound more important than I really am, but I’m certainly not going to come across all Alan Sir Sugar Lord if you don’t use the correct title. 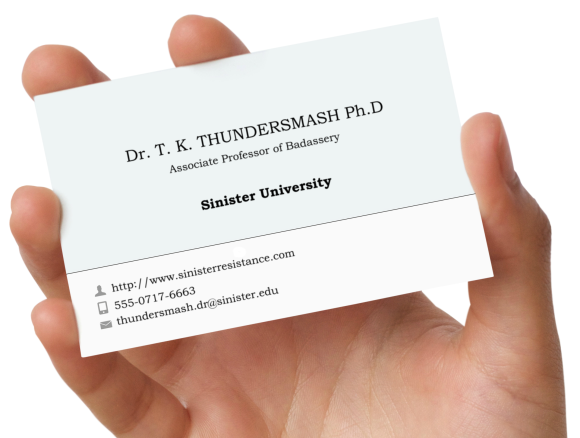 Anyway, how close am I to finishing? Well, not too far off (I hope). Last month, I submitted a 95% complete draft to my supervisor, which was returned with some helpful comments. I’m currently bouncing around trying to add the final 5% of work and tidy up everything that was there before. I’ve just negotiated to have my thesis deadline extending by a couple of months in some recompense for the year or so I’ve been doing other (unrelated) research, such that I can submit final copy somewhere in November/December. I’m certainly intending to get final draft to my supervisor by the end of October, which should provide sufficient turnaround to address comments and feedback before I commit to submission.

I’ve heard from various people that this part of the ‘write-up’ process is the hardest, and I can’t argue with that sentiment: it’s the most nerve-wracking, as you desperately try to wrangle the more slippery parts of The Thesis into some sort of shape, but also the most frustrating since you’re so, so close yet you can’t cross the finish line quite yet. There’s also a continuing frustration that you’ll never get it into a perfect state that you’re completely completely happy with, and at some point you just have to push it out of the door and hope that it’s ‘good enough’. I’m nearly at the point where it’s going to have to be pushed out of the door regardless of my satisfaction with it, and that inspires both terror and relief in almost equal measure. In many ways, I know I’m so, so close to the end, but things still feel a way off yet. Nearly there!