My Life in Music II: Where Boys Fear to Tread

Continuing from yesterday’s post (link), here’s the second part of my quest to examine and document my favourite full-length records from each year that I have been alive. This post covers my second seven years: 1992-1998, which describe a fondness for grunge and alt-rock. Tomorrow, I’ll examine 1999 through to 2005 before culminating in the most recent seven years.

So without further ado, let’s boogie: 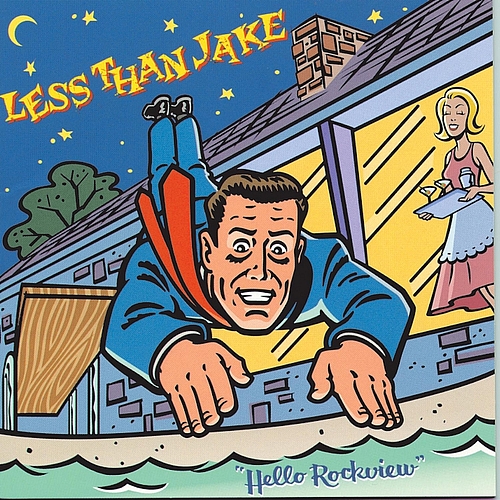 To the untrained eye, this probably seems a more obscure choice than others on this list; however, Hello Rockview was one that was a shoe-in from the get-go. Less Than Jake are one of my very, very, very favourite bands but as good as they may sound on record, it’s nothing to their consistently skank-tastic live show. But we’re not here to judge to judge live performances but recorded output, and Hello Rockview remains the pick of the bunch. Where LTJ hit their 20th anniversary in 2012, Hello Rockview remains the high-water mark for their album output: after a few scruffy (but solid) entries to the third-wave ska movement in Pezcore and Losing Streak, they really hit the sweet spot with their third album release. Sure, a ska-punk album is never going revolutionise the world, but finely hones the tropes of its genre; delivering  there’s a deft balance between horns and guitar, catchy tracks and insatiable lyrics superbly delivered by Chris DeMakes and Roger Manganelli. The whole is a near-flawless package, epic-ly catchy and perfectly skankable; polished off with some smooth production values that sand the rough edges into a clean-cut bundle of fun.

Song Choice: [All My Best Friends are Metalheads] 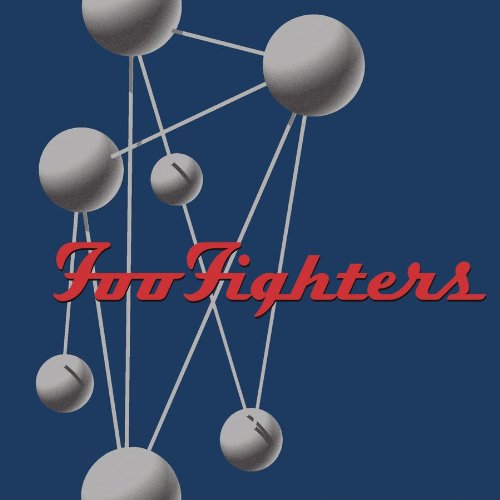 In my humble little opinion, Dave Grohl is probably the most talented and influential rock musician of this generation. Out of the ashes of Nirvana came Pocketwatch!; a self-penned side-project which later developed into Foo Fighters, undoubted kings of stadium rock in the 21st century. Stepping out from behind the drums to create debut album Foo Fighters, on which Grohl played every instrument on the record before assembling a band for the live setting. It was only on the follow-up, The Colour and the Shape, that the Foo FIghters display a true group effort, and it shows. Count the classics: ‘Monkey Wrench’, ‘My Hero’ and ‘Everlong’; never mind a whole raft of other favourites like ‘Hey, Johnny Park!’, ‘Enough Space’ and ‘February Stars’. More so than their eponymous debut, there’s a barrel of emotion contained on this shiny disk, demonstrated by the powerful ‘My Hero’ and legendary ‘Everlong’, but it’s also still (arguably) the heaviest and most chaotic that Foo Fighters have been in their 18-year career. A masterclass in modern rock, it’s also a gateway between alternative rock and the heavier stuff, and undoubtedly has ushered many an indie kid into a full-blown rock and roll. Perfect in every way, a remarkable icon for an enduring band. 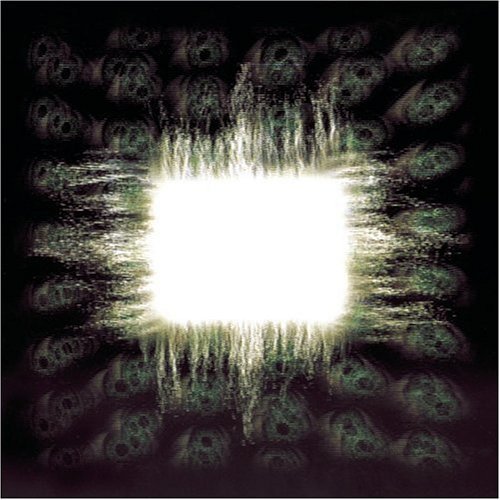 Tool aren’t the most immediate of bands: the undoubted rulers of the prog-metal kingdom, their material can sometimes be overlooked since it’s sometimes deeply unsettling, progressive and leftfield. This is no more true than on Ænima, their sophomore effort which builds on the momentum gathered from debut Undertow, yet refuses to yield to accessibility. There’s a greater range of confidence on display than on its predecessor and while there’s the immense sense of craft that typifies any Tool release, it’s got the feeling of a slightly ‘rougher’ (perhaps “abrasive” is more appropriate) object of still considerable weight: I’ve no doubt that it’s all in Tool’s design; the endless struggle to trouble the listener with abstract ideas, sounds and images and disrupt the status quo. The formula would later be perfected on 2001’s Lateralus but regardless, Ænima represents an epic of  immense bulk, and an absolute classic in the progressive metal canon. 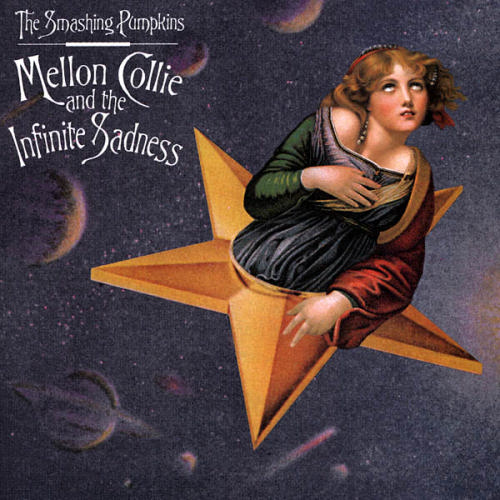 It took me almost five years to ‘get’ Mellon Collie and the Infinite Sadness; more accurately, five minutes to ‘get’ the first disc (‘Dawn to Dusk’), but five years to fully appreciate the second (‘Twilight to Starlight’). I first picked it up after hearing a few of the Pumpkins’ hits, like ‘1979’ and ‘Today’, and immediately fell in love with the first disc: the songs felt dream-like and wonderous (none more so than ‘Tonight, Tonight’), whilst others (such as ‘Bullet with Butterfly Wings’ and ‘Muzzle’) felt like pure-bred rockers. The second disc, on the other hand, is a lot more rough, inconsistent and meandering: the alt-rock anthem ‘1979’ is followed directly by ‘Tales of a Scorched Earth’, a song that could well have come from the back catalogue of any noisy alt-rock upstart. Like the band itself, Mellon Collie typifies the excesses and indulgences of the post-grunge period, but documents a stellar-esque jaunt through some of the Pumpkins’ most dreamlike lilts and lullabies which, to this day, remains a sheer delight. 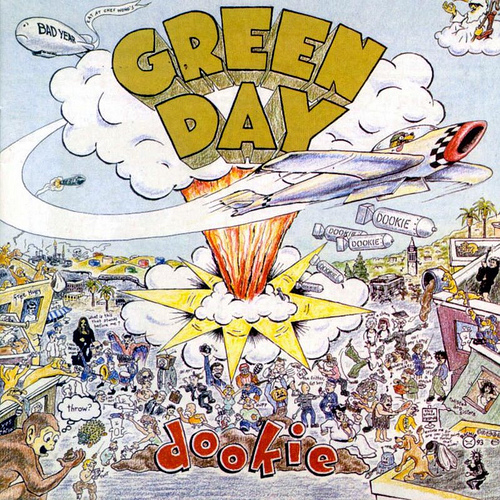 Since Green Day’s ‘second coming’ circa American Idiot, it’s sometimes easy for the music mainstream to forget their first career. It’s also easy to forget that this album is nearly twenty years old, which is astonishing, given that this remains pretty much the pinnacle of punk rock and top of the ‘suggested playlist’ for teenage converts to the rock/metal scene: alongside the endeavours of The Offspring, Weezer and Blink-182, Dookie still ranks among the most influential albums to emerge from the Nineties pop-punk resurgence and feels no less relevant now. In between the classics (‘Basket Case’, ‘Welcome to Paradise’, ‘Longview’, ‘When I Come Around’) are ten other, equally superb punk rock anthems which reinvigorated the punk rock scene  and drove thousands to pick up a guitar and replicate Green Day’s signature three-chord sound; myself included. Cut me in half, and you’ll see Dookie scoring my bones and tissue, like rings on a tree trunk, and I wouldn’t have it any other way. 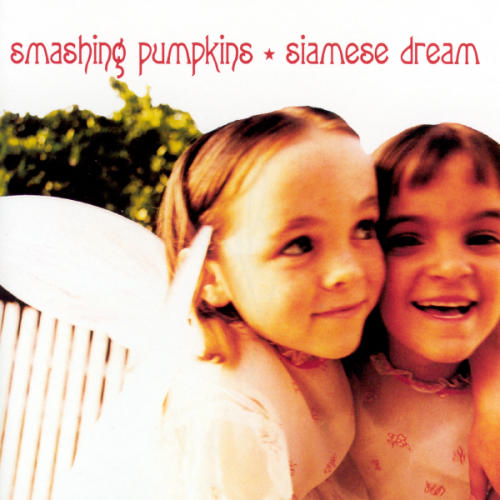 For me, Siamese Dream is the ultimate Pumpkins record. It instills their skilled grunge leanings with a vision of the overblown, rock behemoth that they’d become on Mellon Collie… and beyond; yet keeping everything in check to deliver a lean, mean rock record that stands the test of time. Opening with the killer ‘Cherub Rock’ and soon following with the equally-brilliant ‘Today’, the album then opens up into an abrasive mix of short rock tunes and 7-plus minute epics in a way only the Pumpkins could pull off.  Sure, things get a tad bloated in the middle, but it’s rounded off magically with the maniacal ‘Silverfuck’, and then the two shortest songs of the record but which are also the most touching.  The Pumpkins may forever struggle to capture their heyday of the early 1990s, but thankfully with Siamese Dream, we have a snapshot of their brilliance that we can return to, again and again. 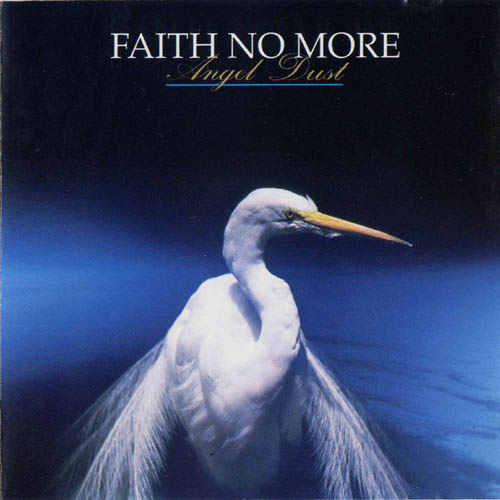 For the 1992 crown, there was a long-fought tussle between this and Dream Theater’s sublime Images and Words. For both bands, they represent a high-water mark in not only their back catalogues, but their respective genres as well. Indeed, according to a 2003 Kerrang poll, Angel Dust is the most influential album of all time; Images and Words doesn’t appear on the list, which I can only assume is due to some typographical error. The Real Thing may have the more famous tracks, but Angel Dust is the connoisseur’s delight: ‘Midlife Crisis’ is the killer app, but the quality of the rest is still consistently superb and with a far more diverse musical genre-set than before. Representing FNM’s second album with Mike Patton, it’s here that his experimental, offbeat musical bandwidth really begins to reveal itself, nestling perfectly inside the band’s evolving, genre-straddling style. The result, then, is a musical tapestry of almost criminal brilliance; one which deserves infinite high regard.